Our goal for this year was to repair at least 10 wells. We succeeded in repairing 13 wells. Most were located between 90 and 150 km from Siavonga in a remote area of the district. Each well served a community of, on average 1000 to 1100 people. The closest water from the well would be another well 2 – 3 kilometers away. 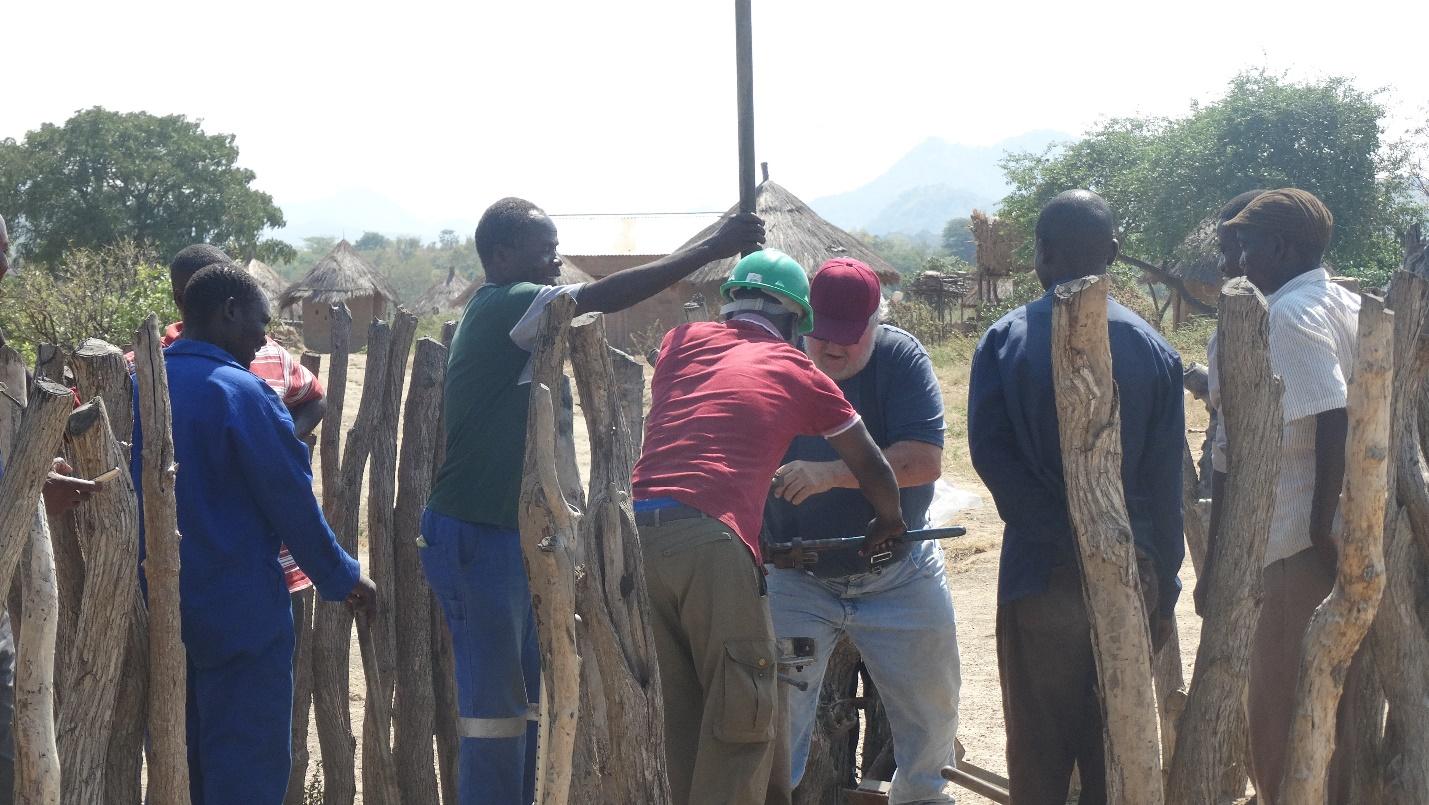 This well had not produced any water since September of 2017. 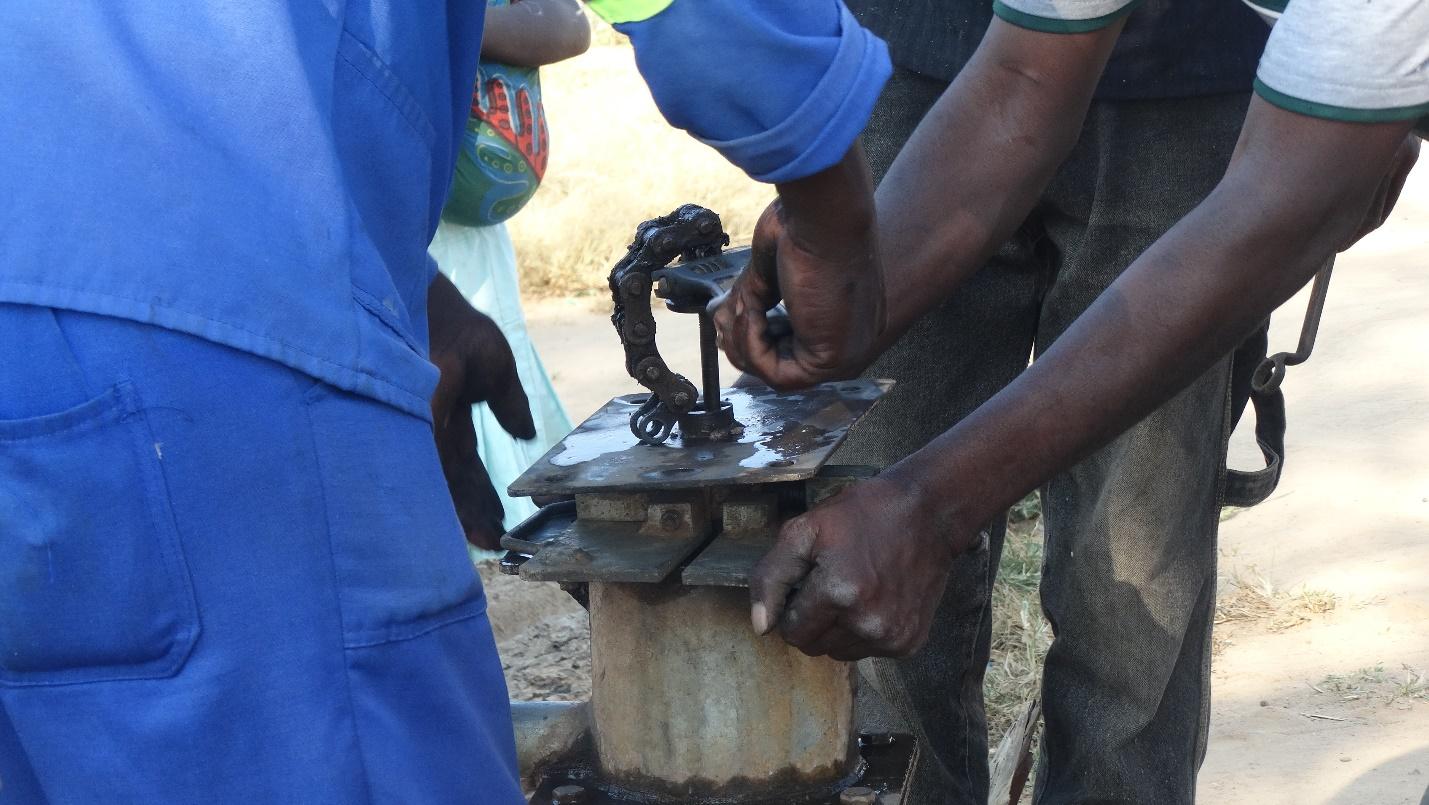 Removing the chain in the pump mechanism. 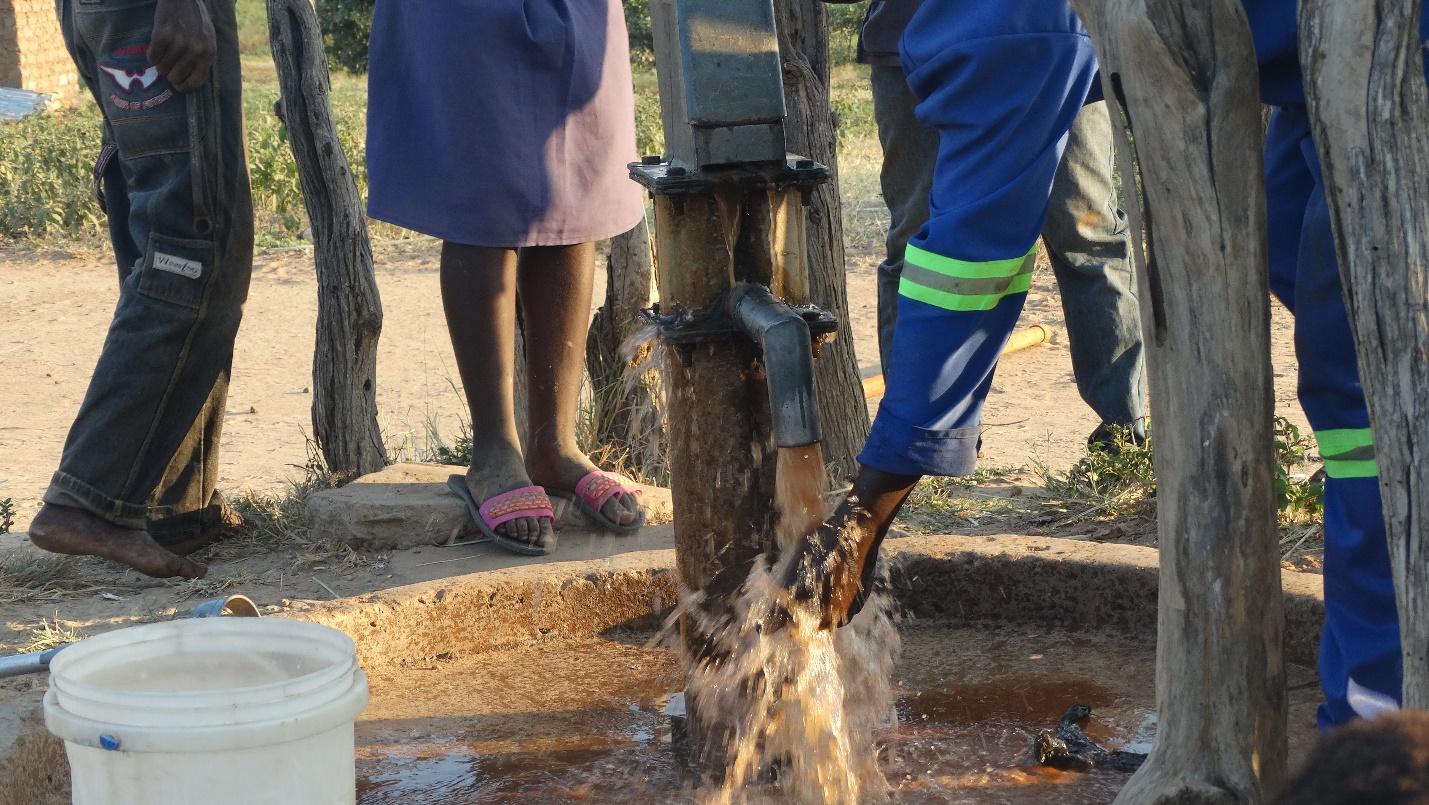 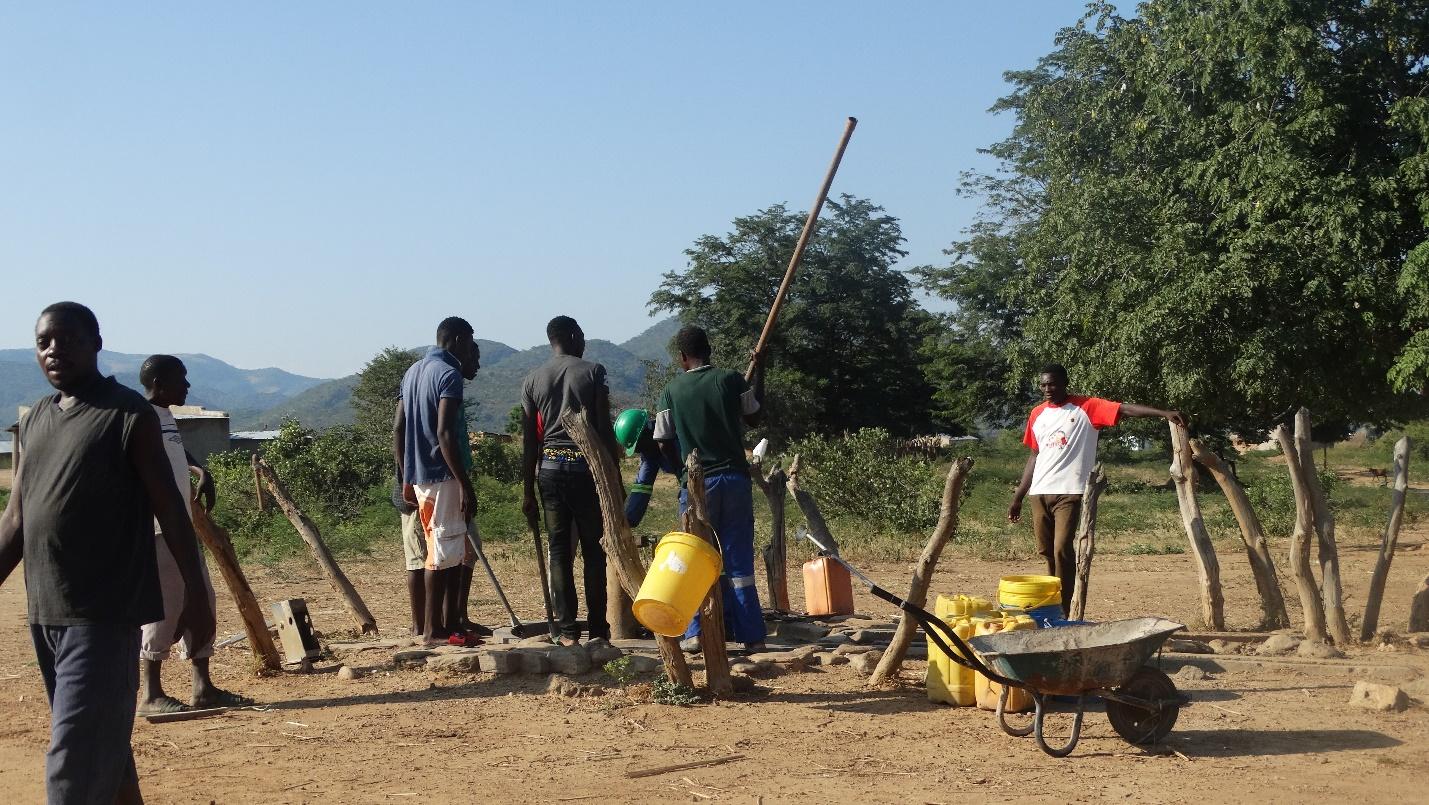 This well was leaking badly. We learned why after we pulled the second pipe and it broke off due to being rusted through. Everything else fell down into the well. What will have to happen now is it will need to be “fished.” 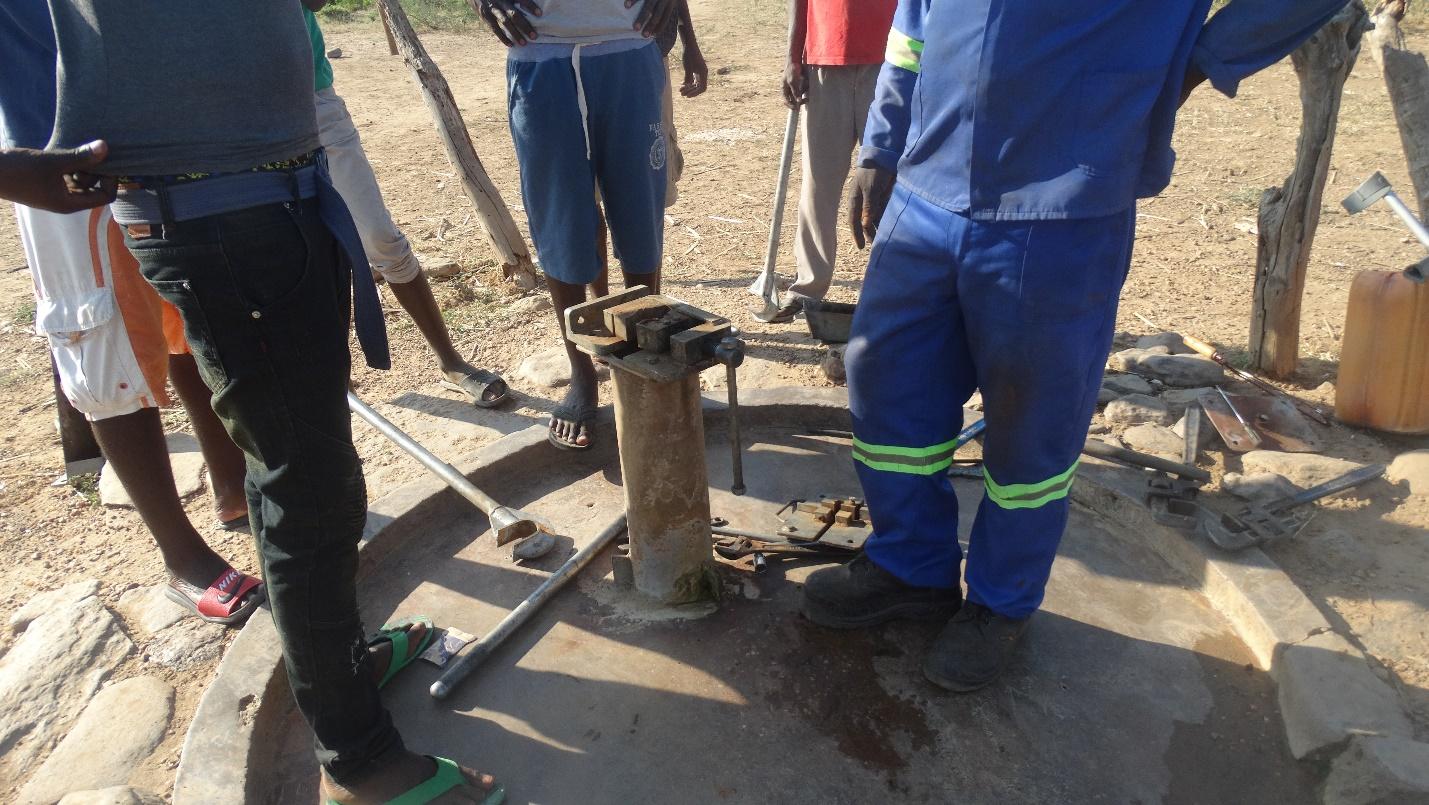 Fishing is an important skill. It is basically lowering a special tool on the end of well rods and trying to hook either the pipe or the rod. 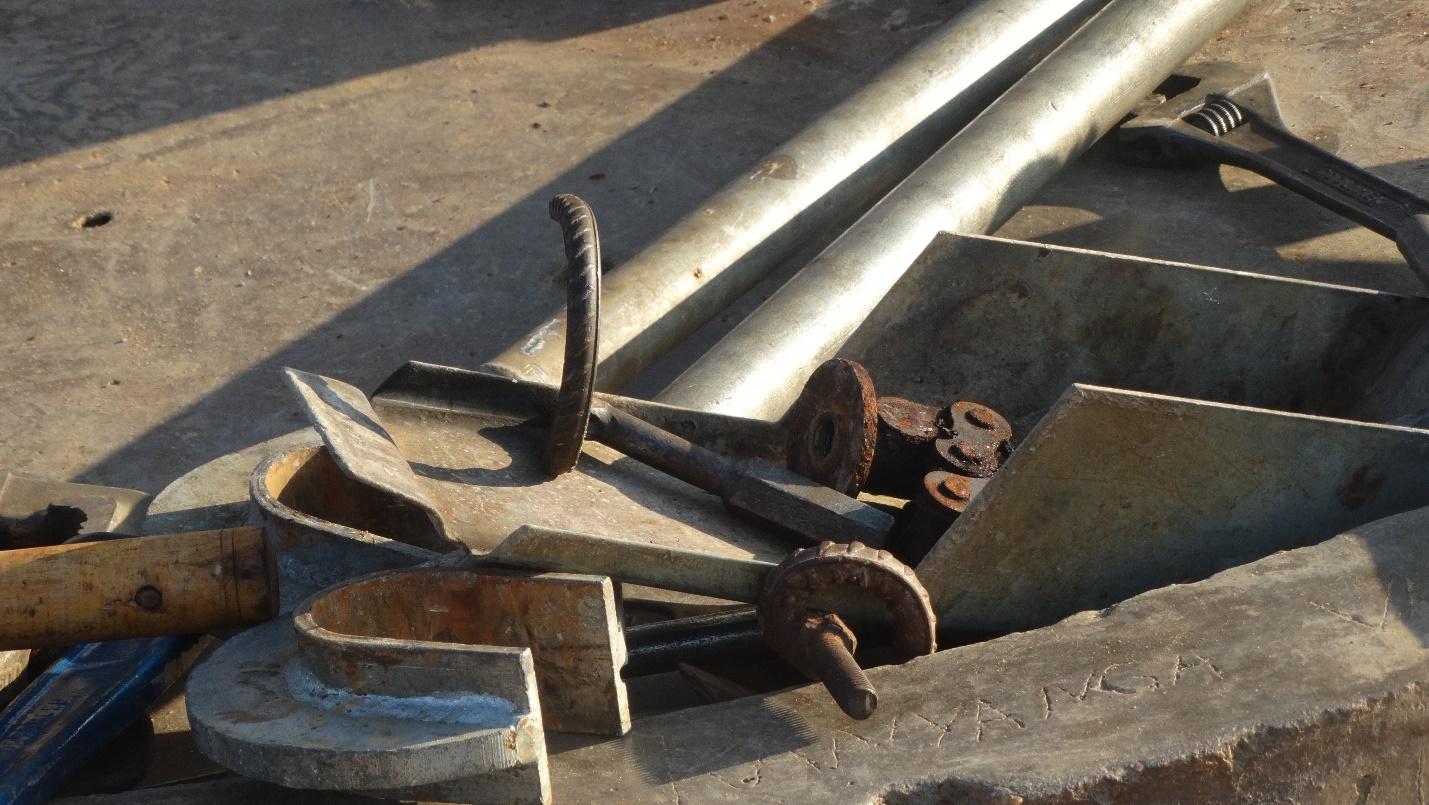 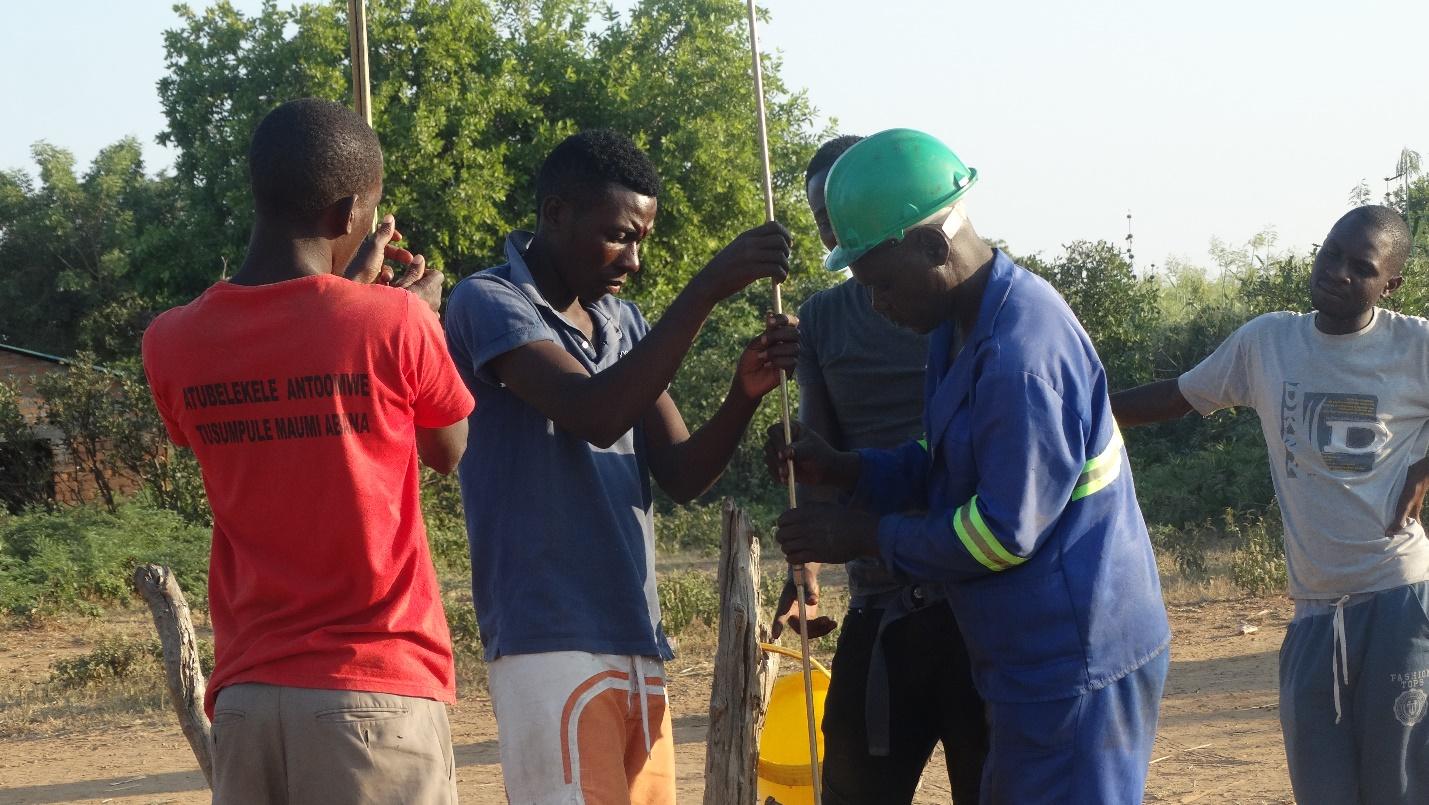 Once it is hooked then it must be drawn out. This is very slow and tedious since there is no way of knowing how well it is caught. This was done the next day after we had worked on other wells. It required lowering 9 rod lengths and then catching the end on the second try. This was very fortunate, for sometimes it can take a couple of days of working to succeed. Sometimes they do not. In this instance it took nearly 2 hours to slowly work the pipe up. When the rod came up the T bar was screwed onto the top of it just as the catch slipped and caught our man’s hands under it. But the pipes were held up. 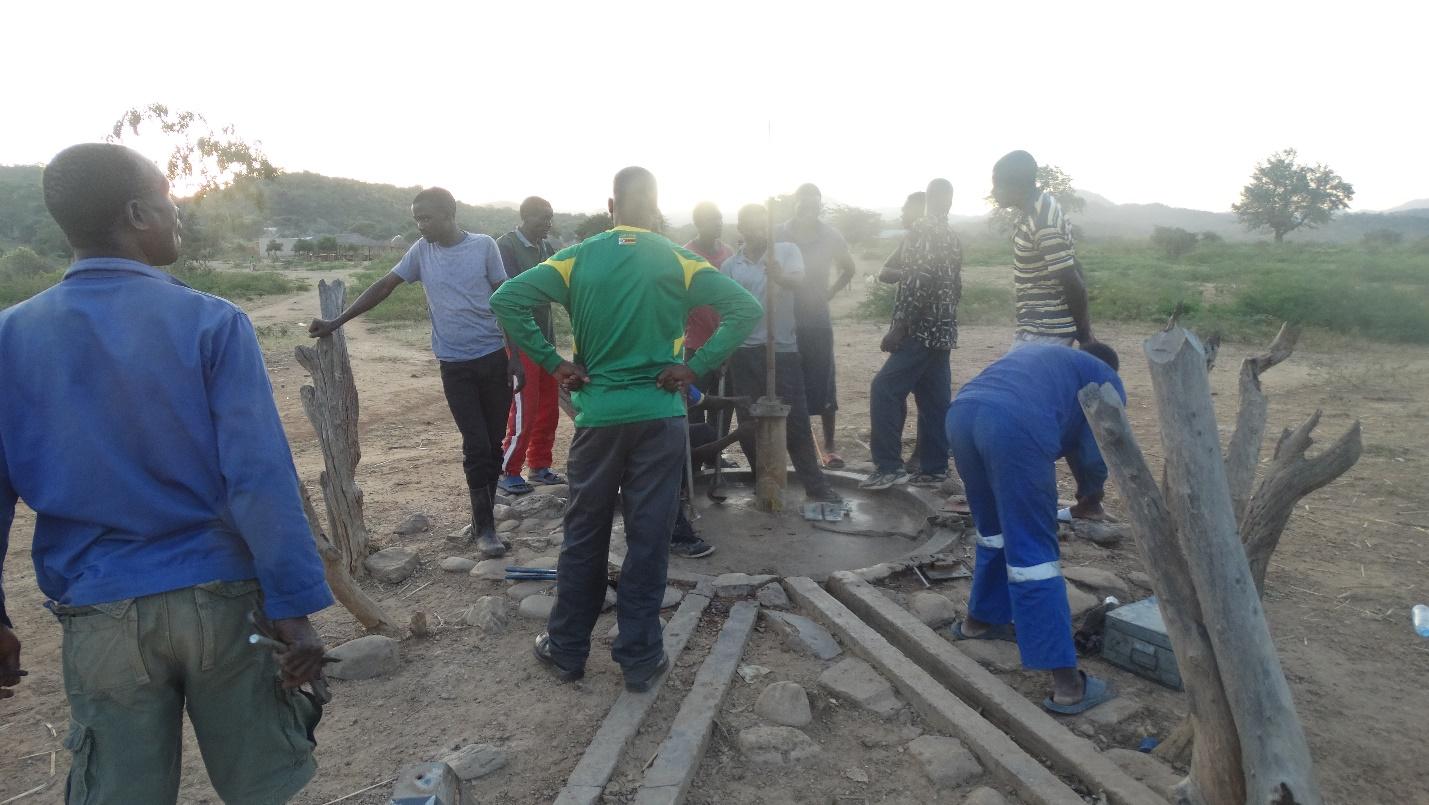 Once the pipe is up and clamped then work can proceed. We had to leave at this point. However, we learned the next day that the pipes broke and fell in the well 2 more times before it was finally completed and pumping water.

This well had not produced any water in more than 8 months. 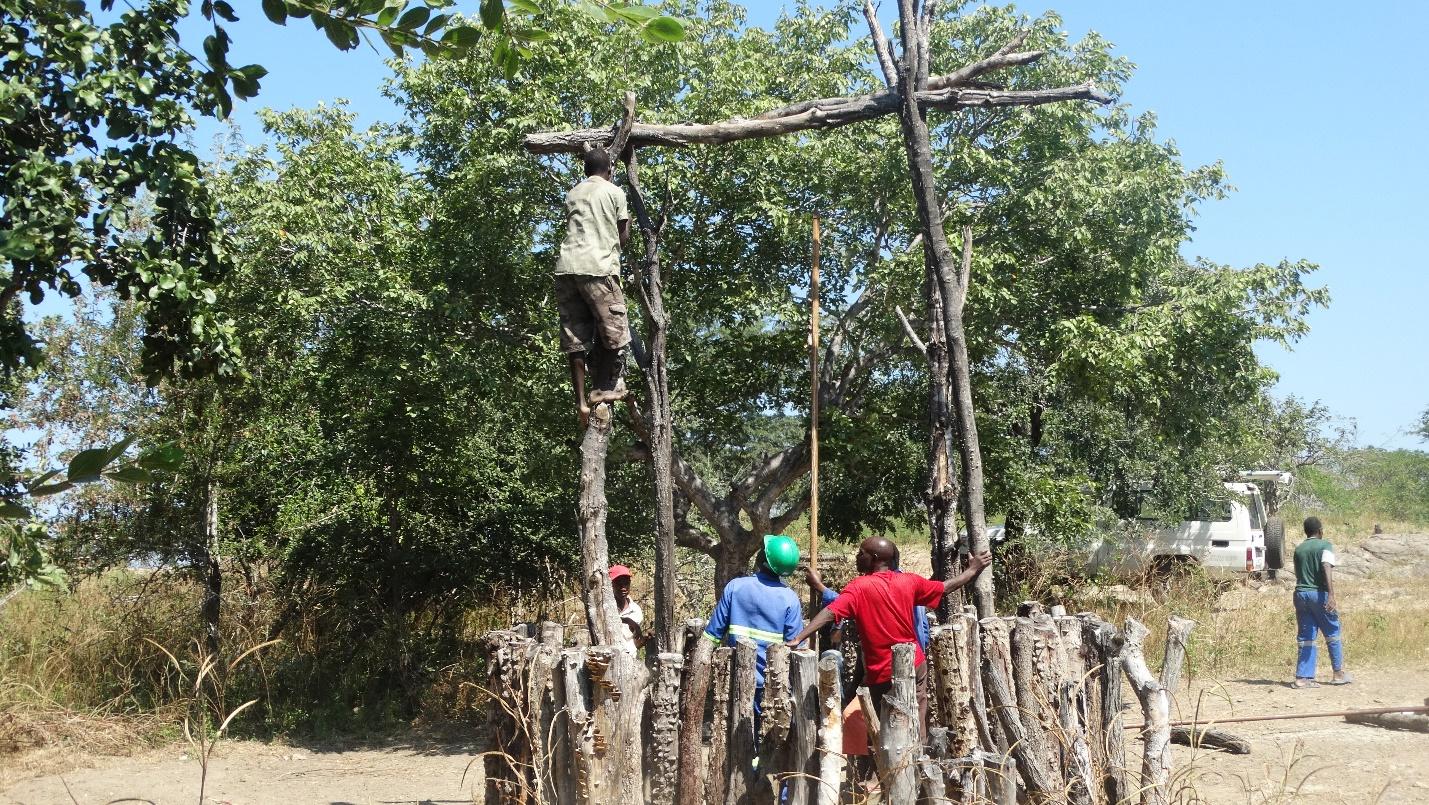 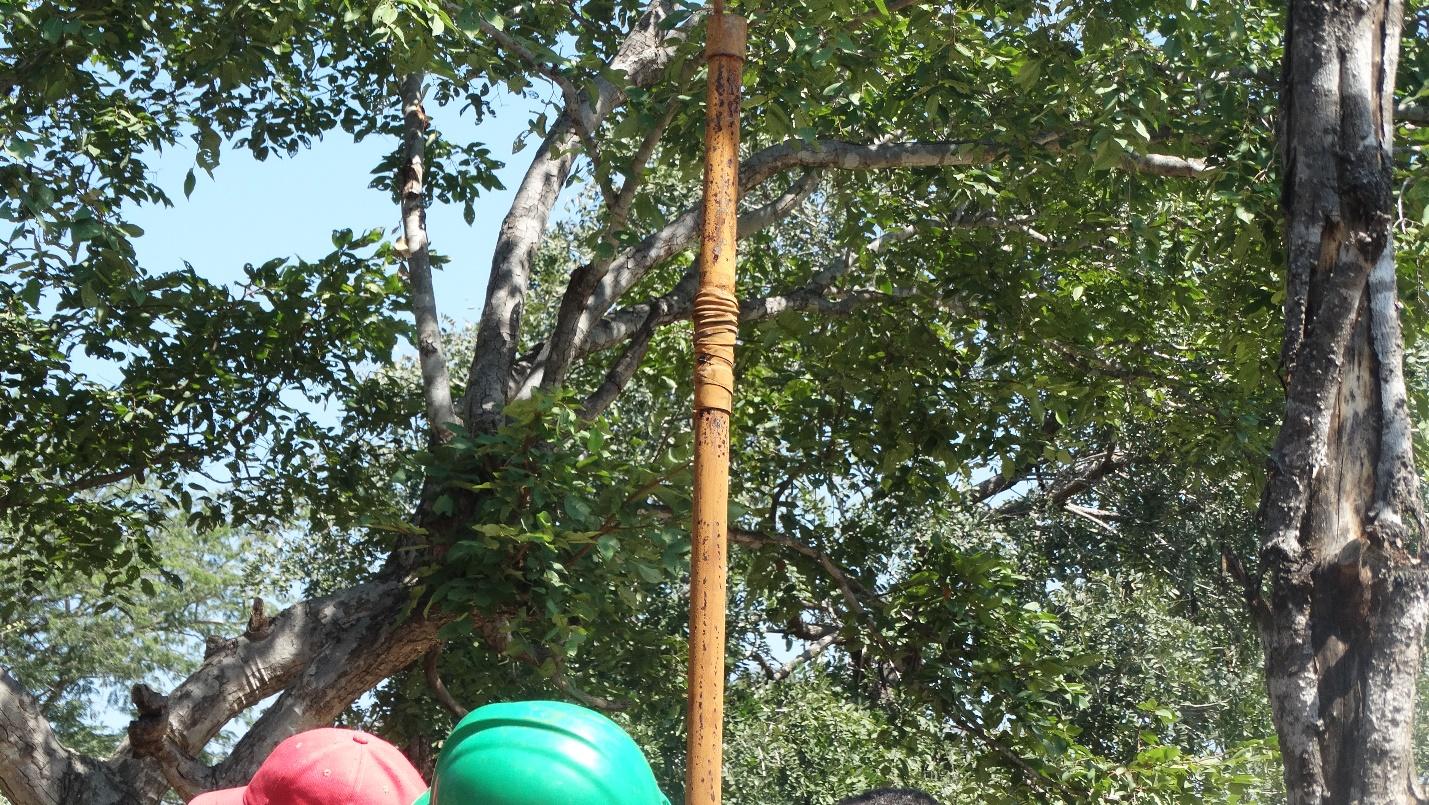 Here is an example of what a village will do to try and keep the water flowing. However, once the pipe integrity is compromised the amount of water pumping out is reduced, sometimes to a trickle. But, eventually it will stop pumping altogether. 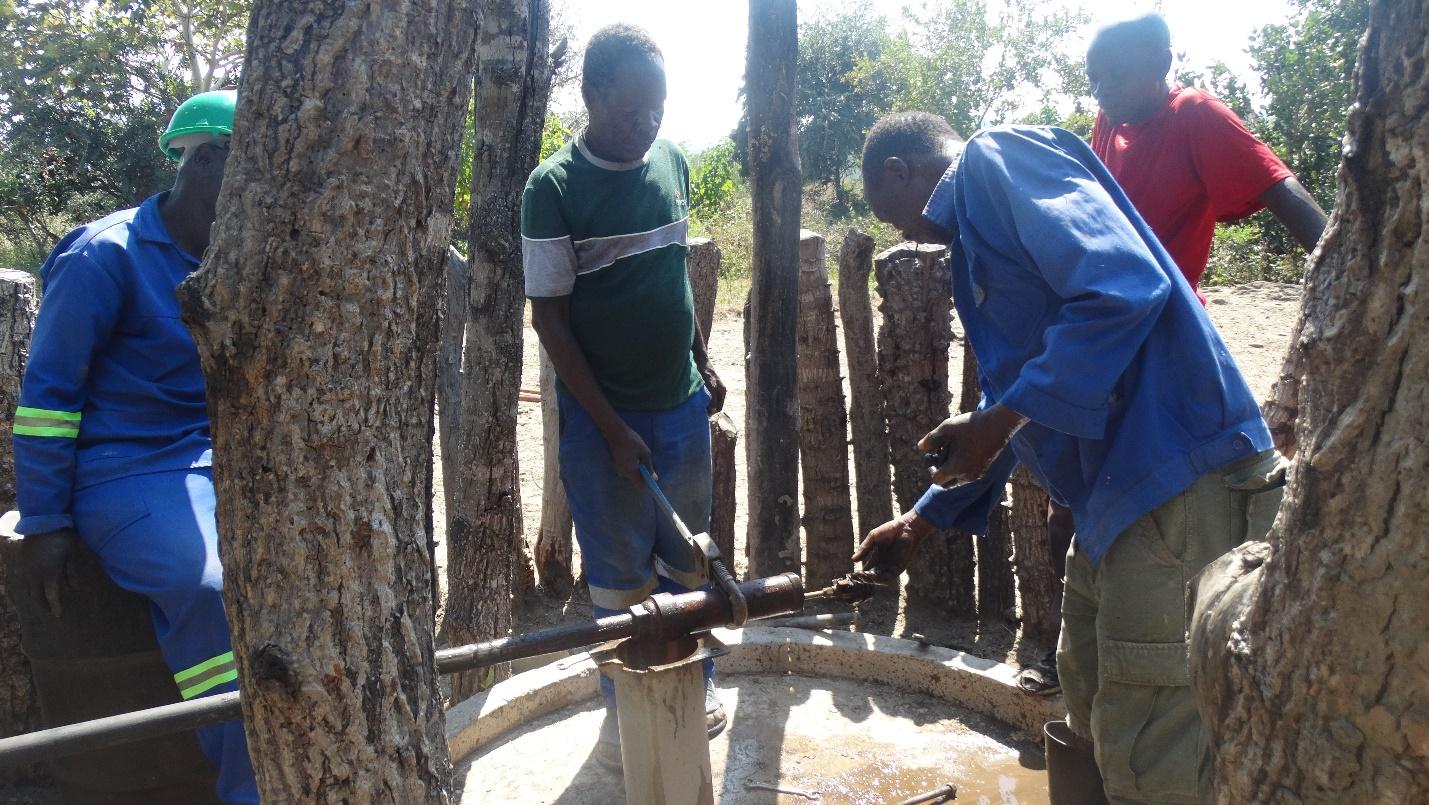 Part of the problem here was that the rubber gaskets in the pump cylinder were “finished” and now working. There was no suction to draw and move the water. We rebuilt the cylinder. 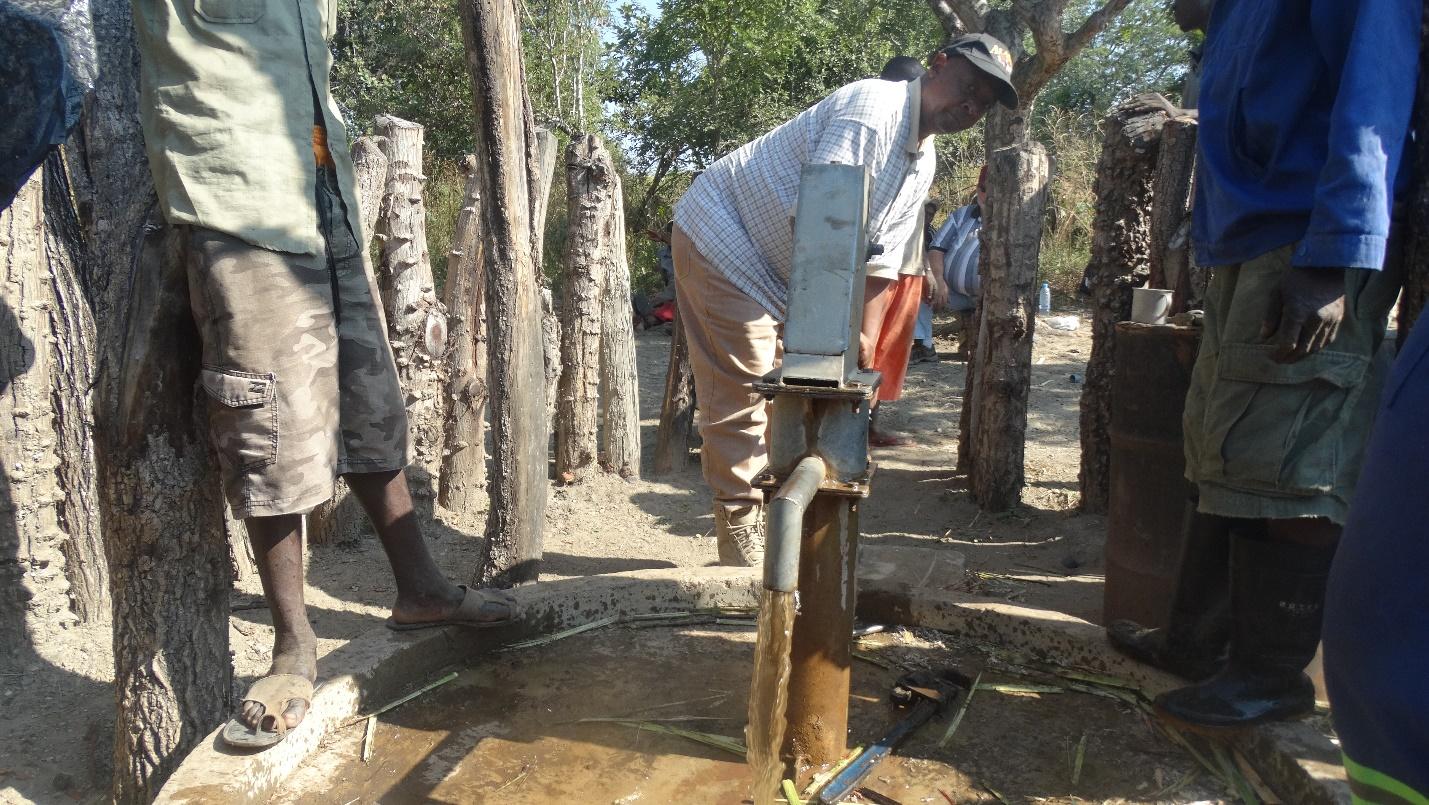 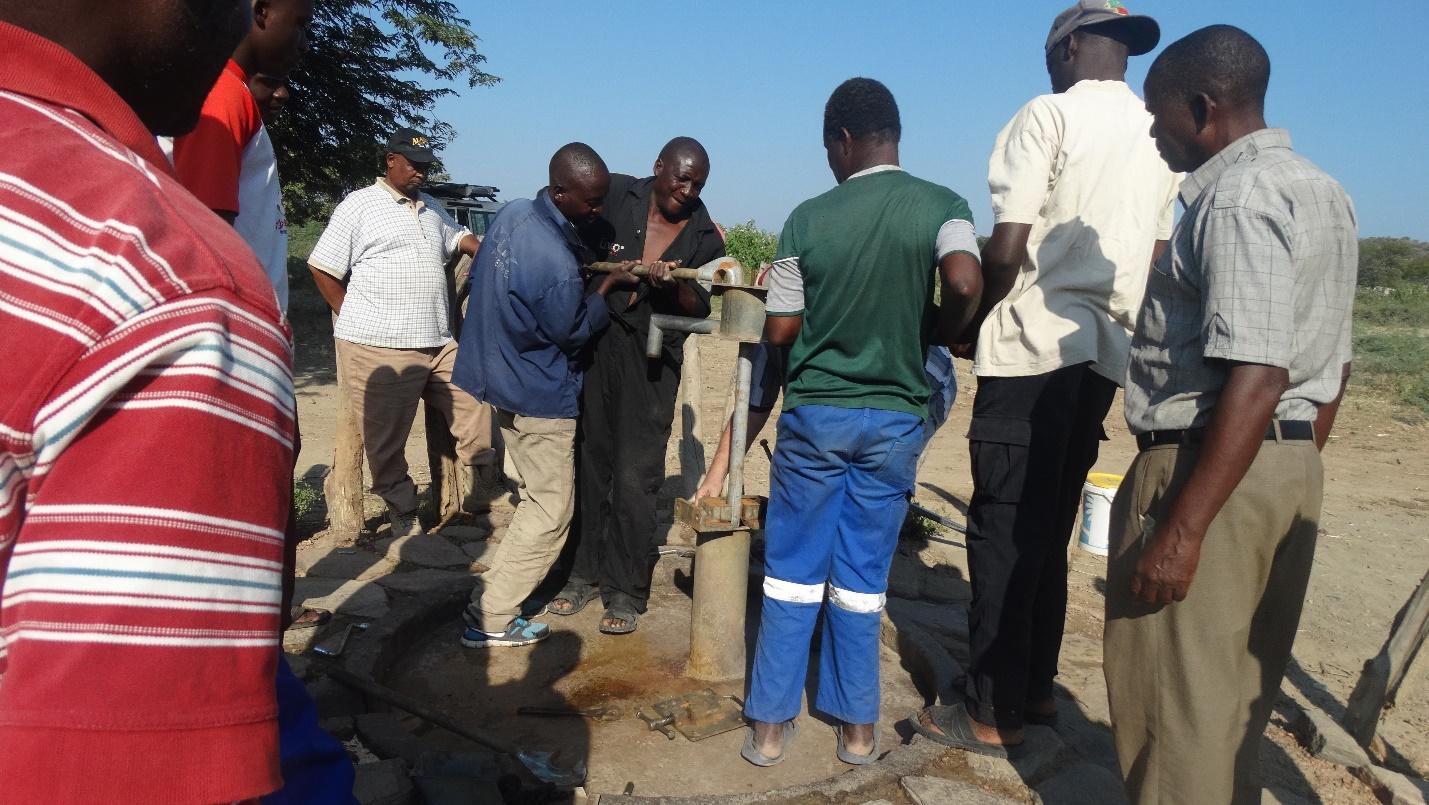 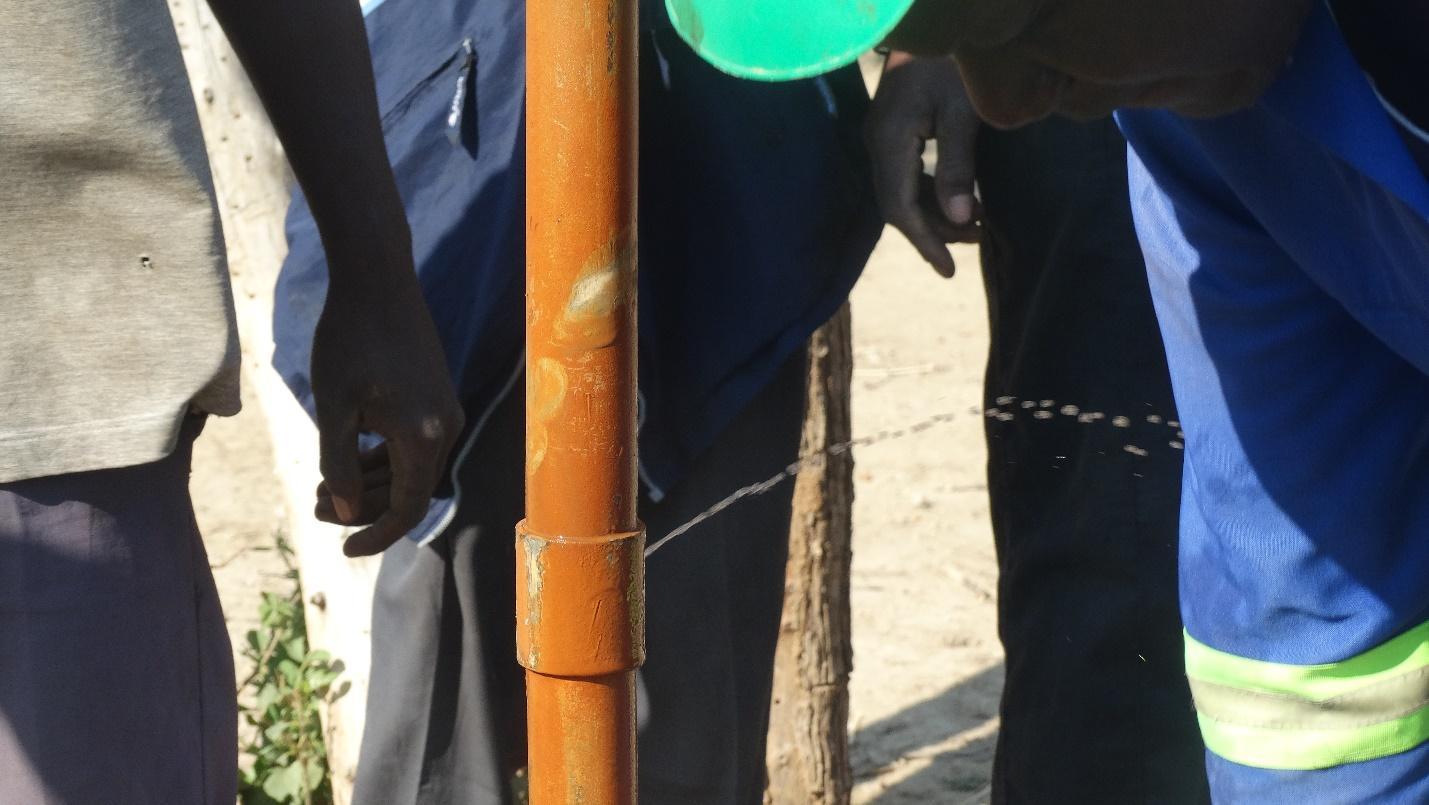 Part of this well’s problem was the threads on the socket were rusted through and it was leaking. As you can see. 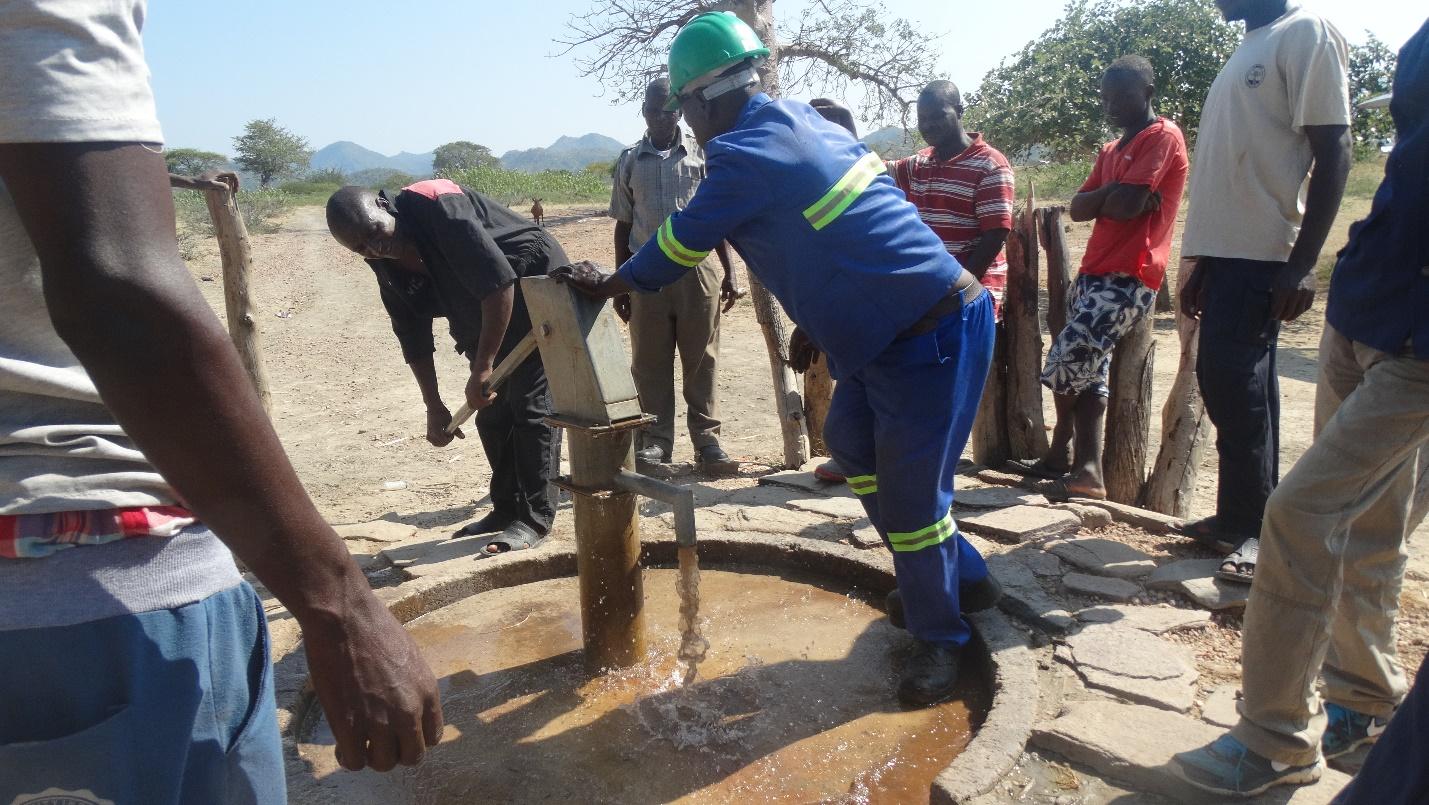 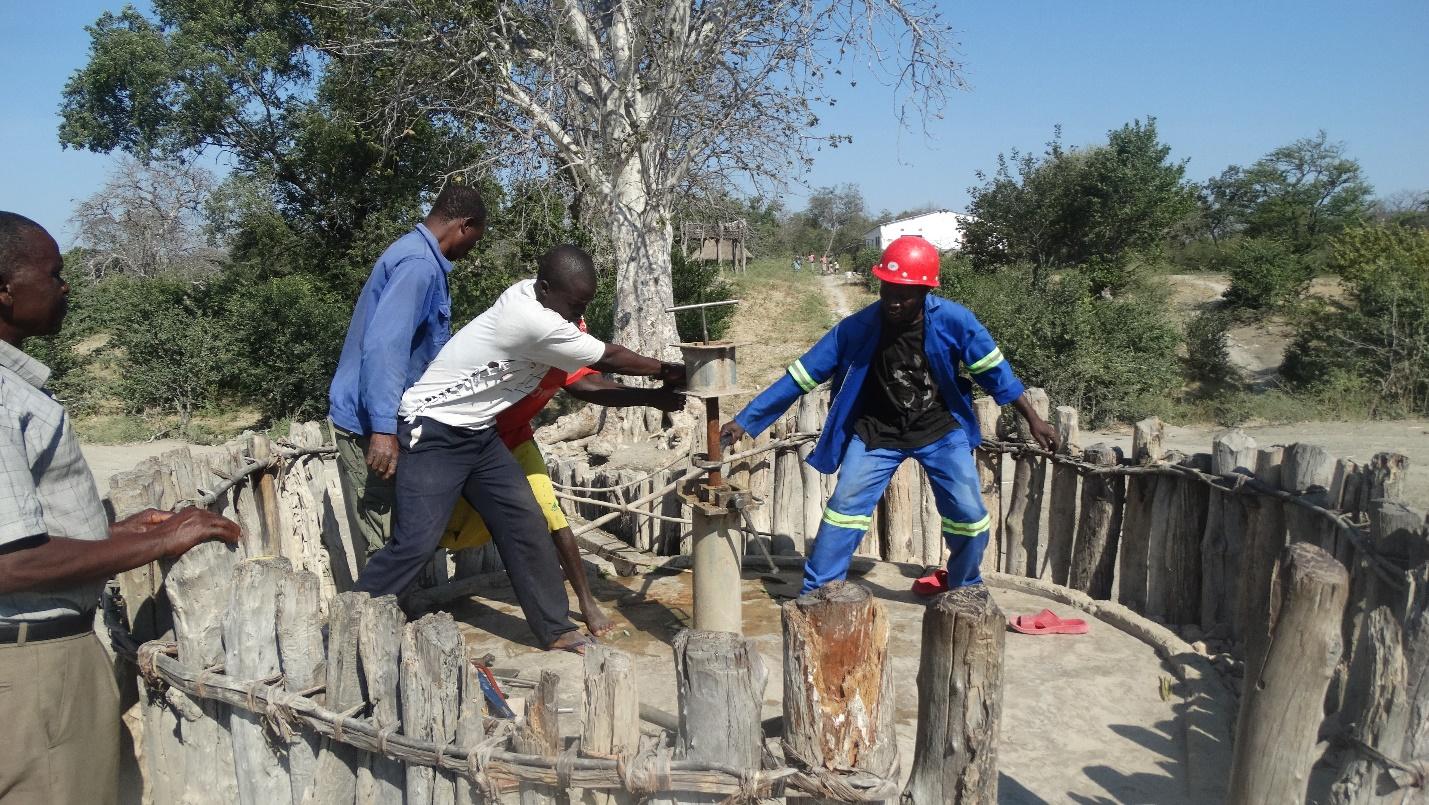 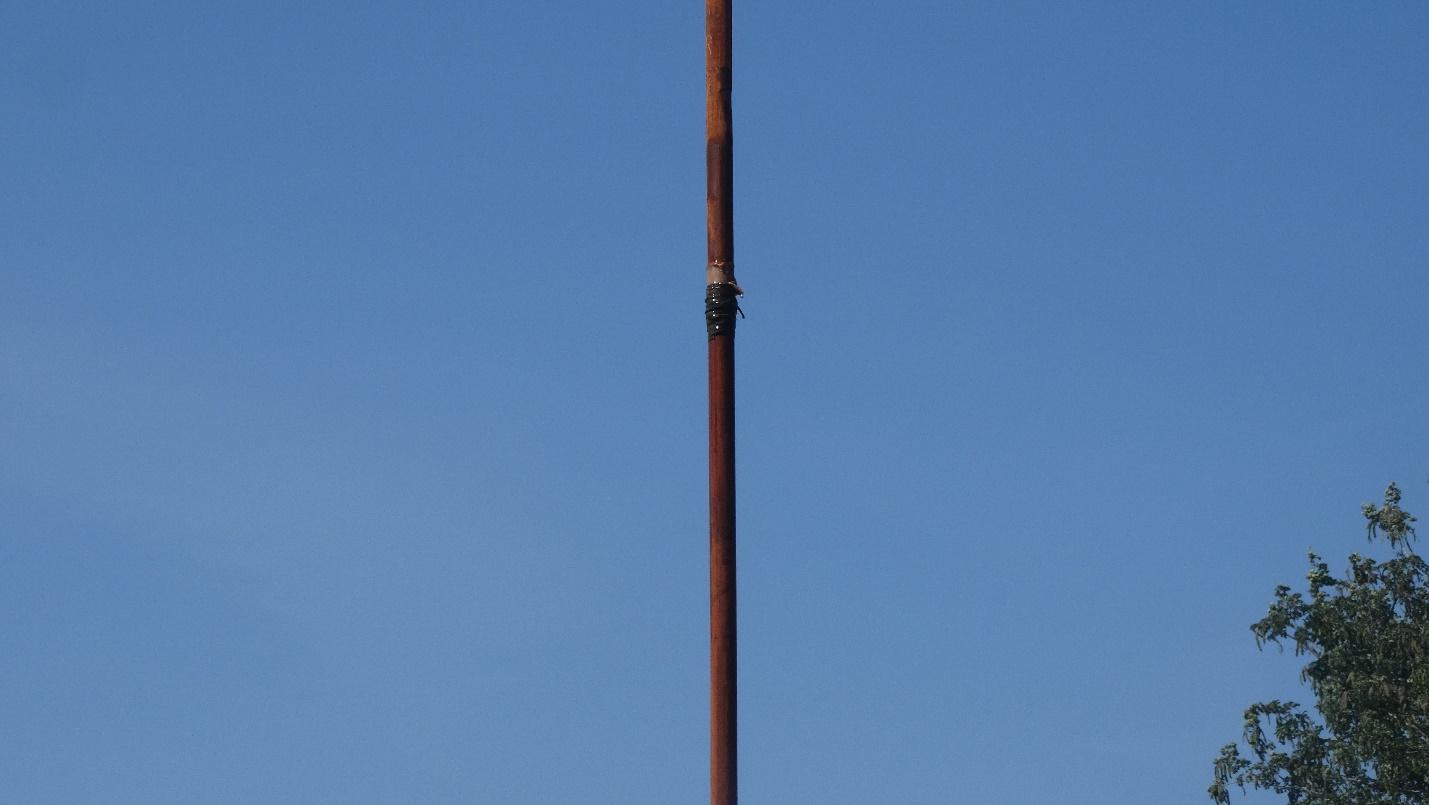 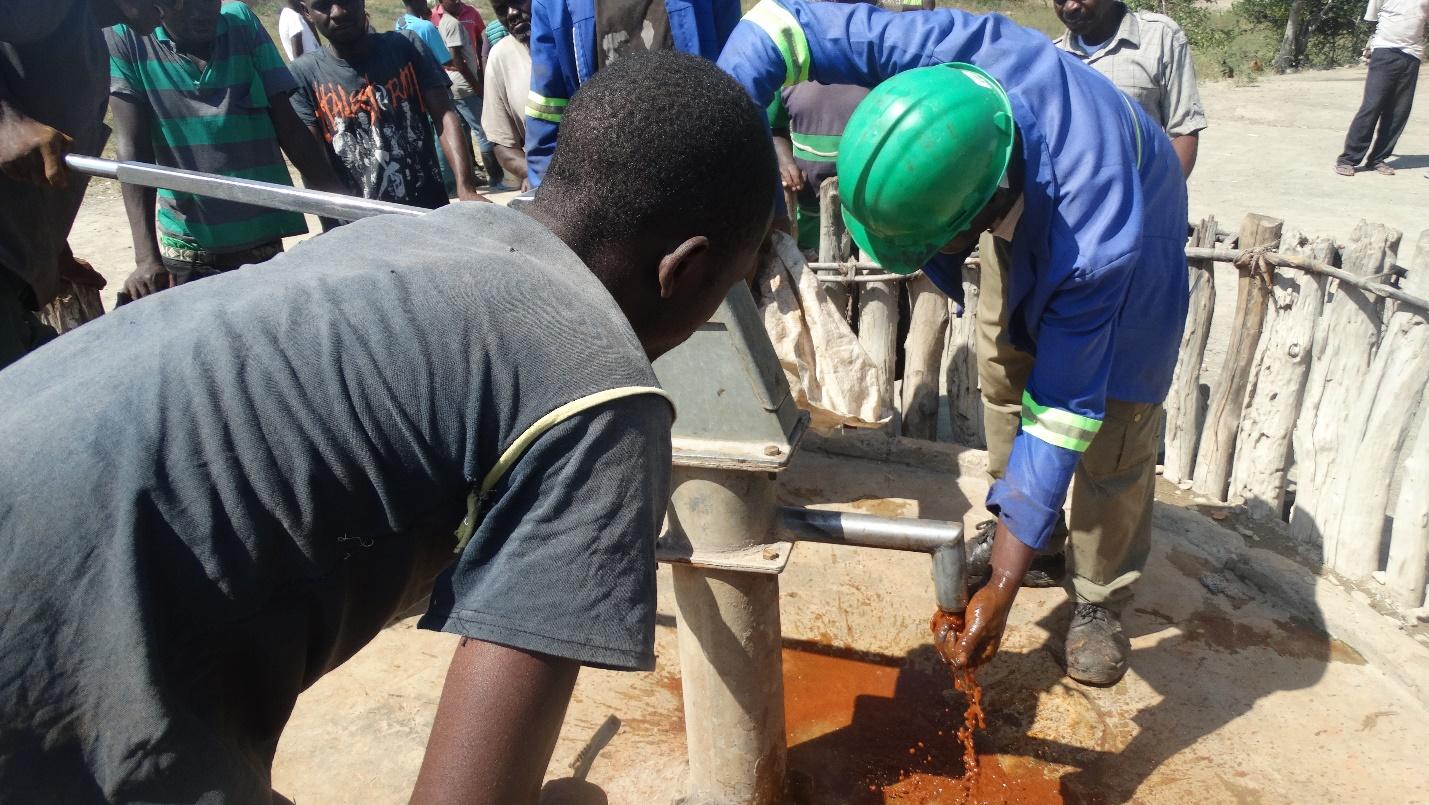 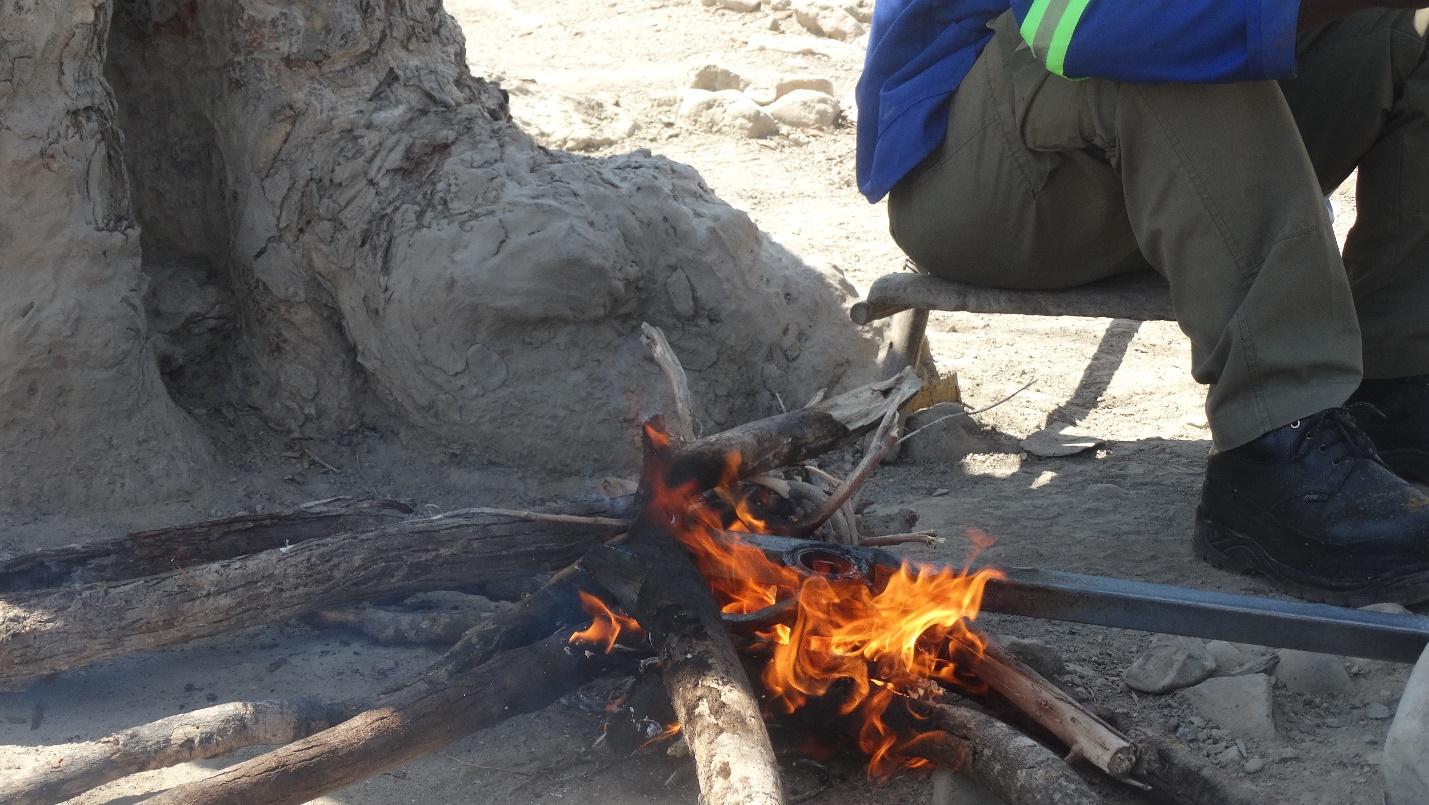 Part of this wells problem was the bearings were shot. In order to remove the old sleeves it is necessary to head them and then punch them out with a hammer and screwdriver. After that the new bearings can be driven in. 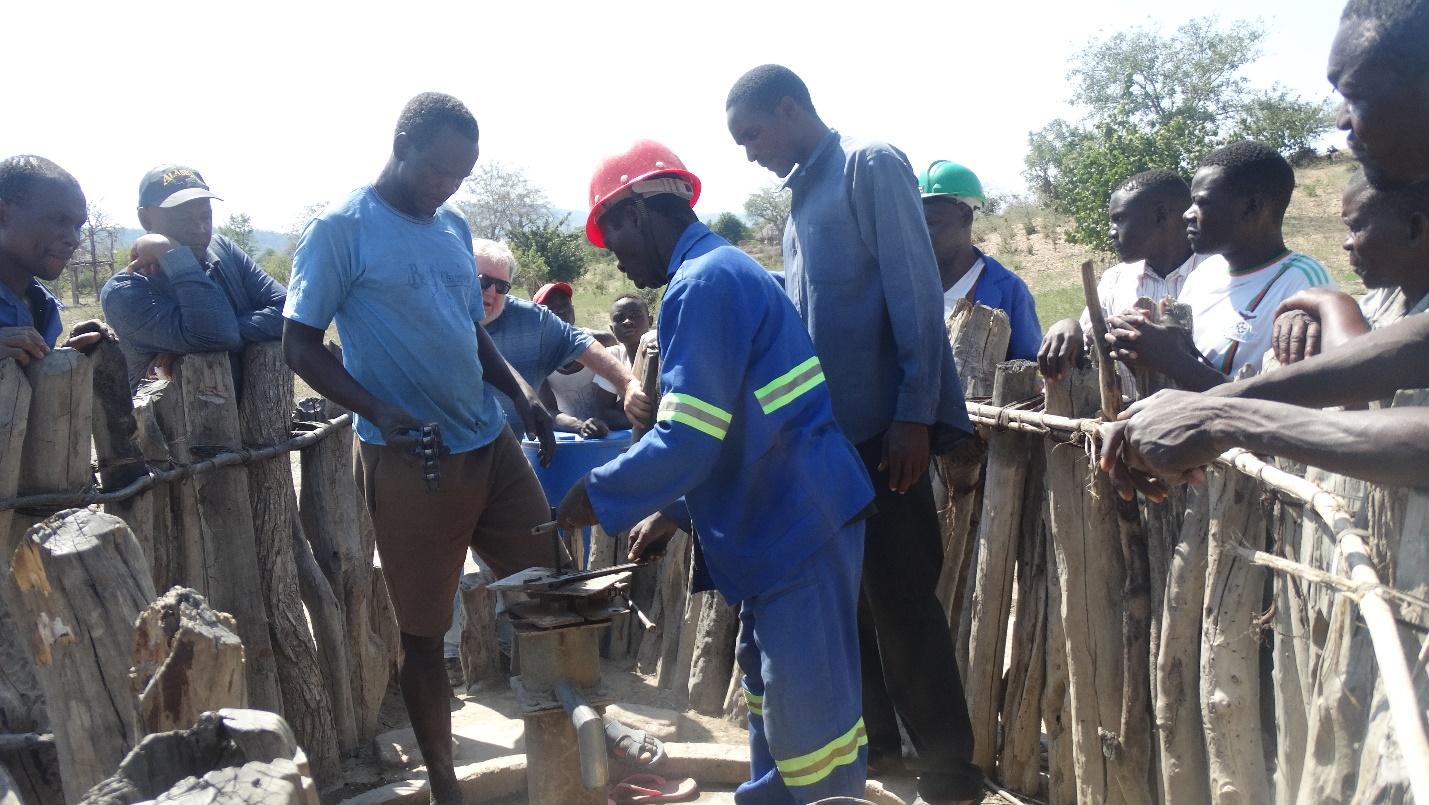 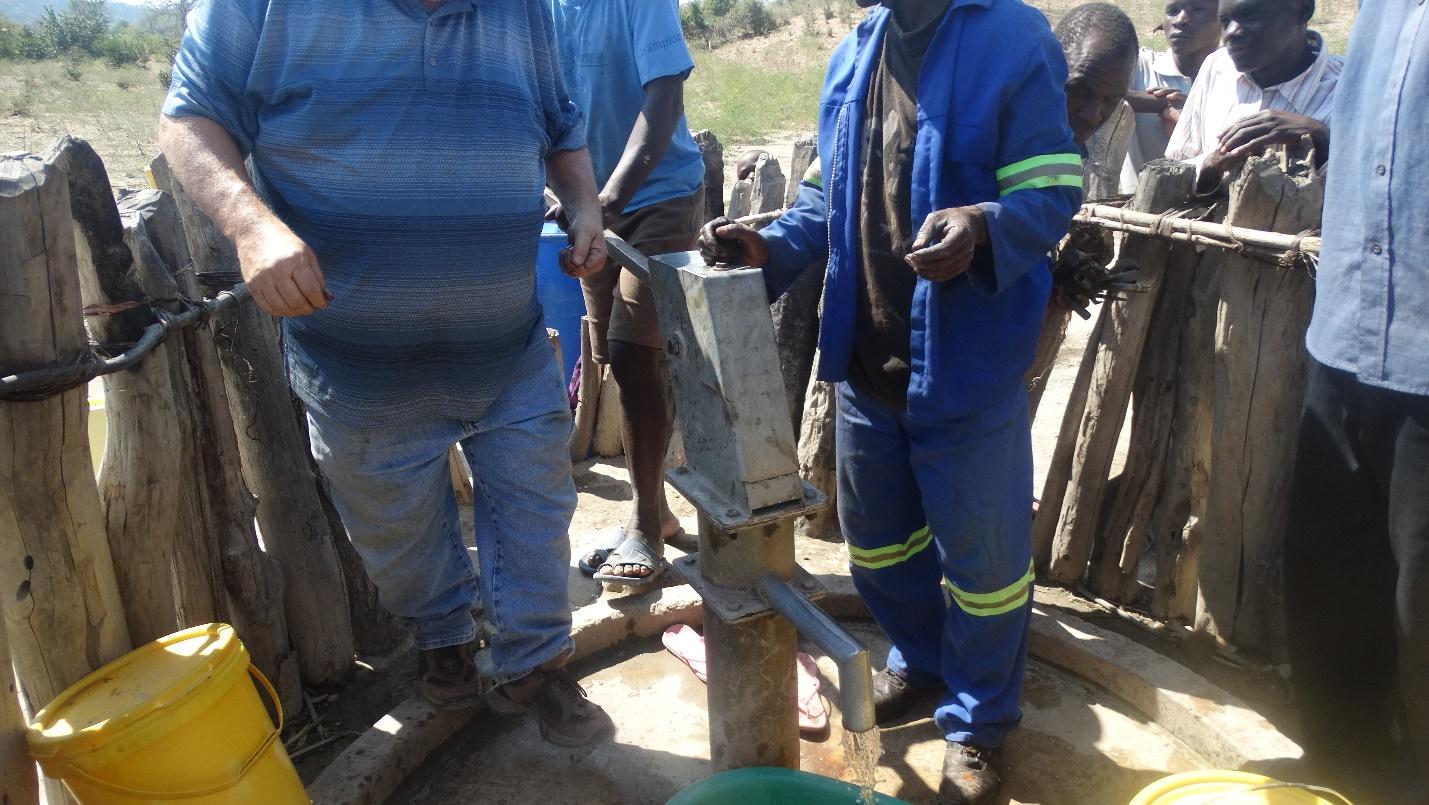 Water again. Worn bearings mean the handle wobbles and then wears out the pump handle. 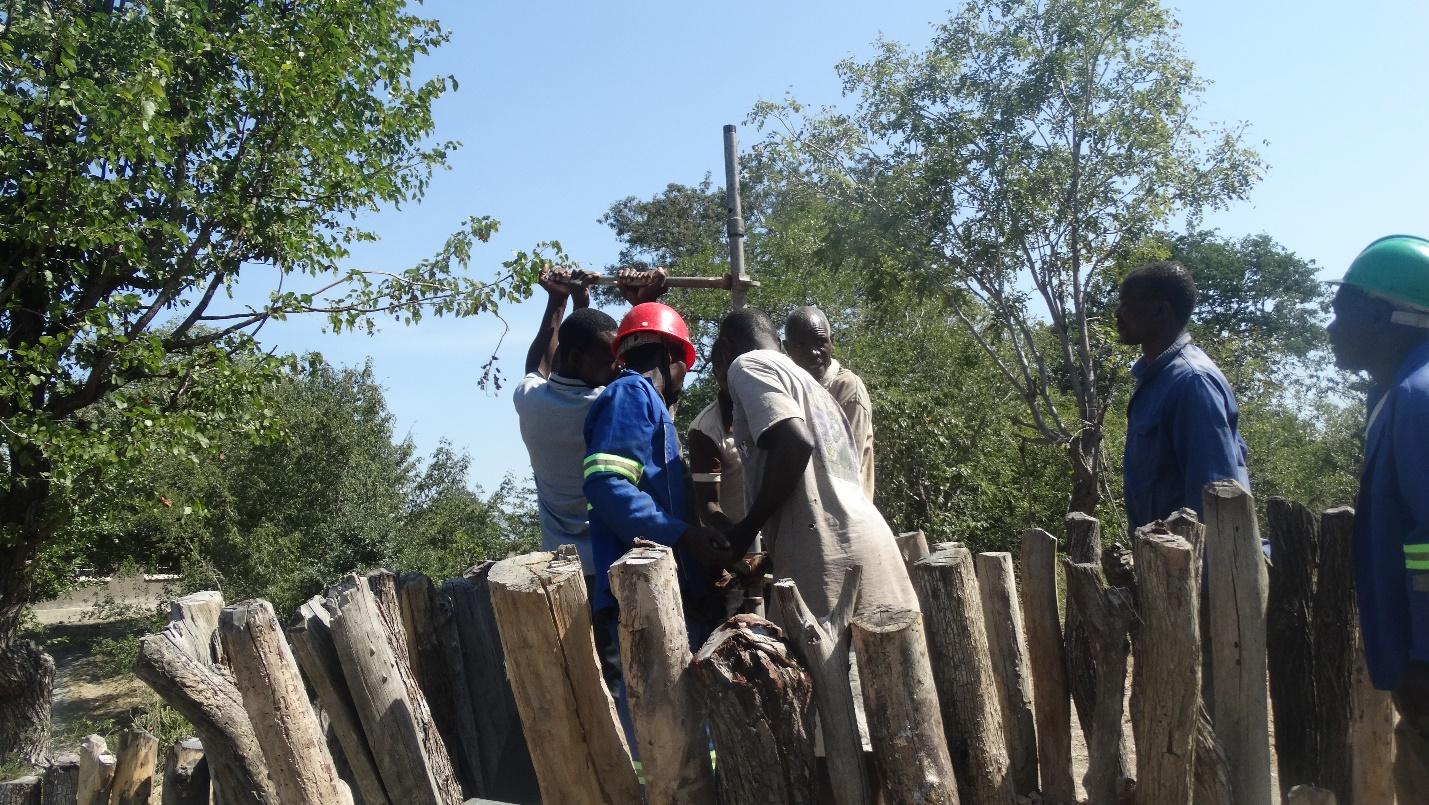 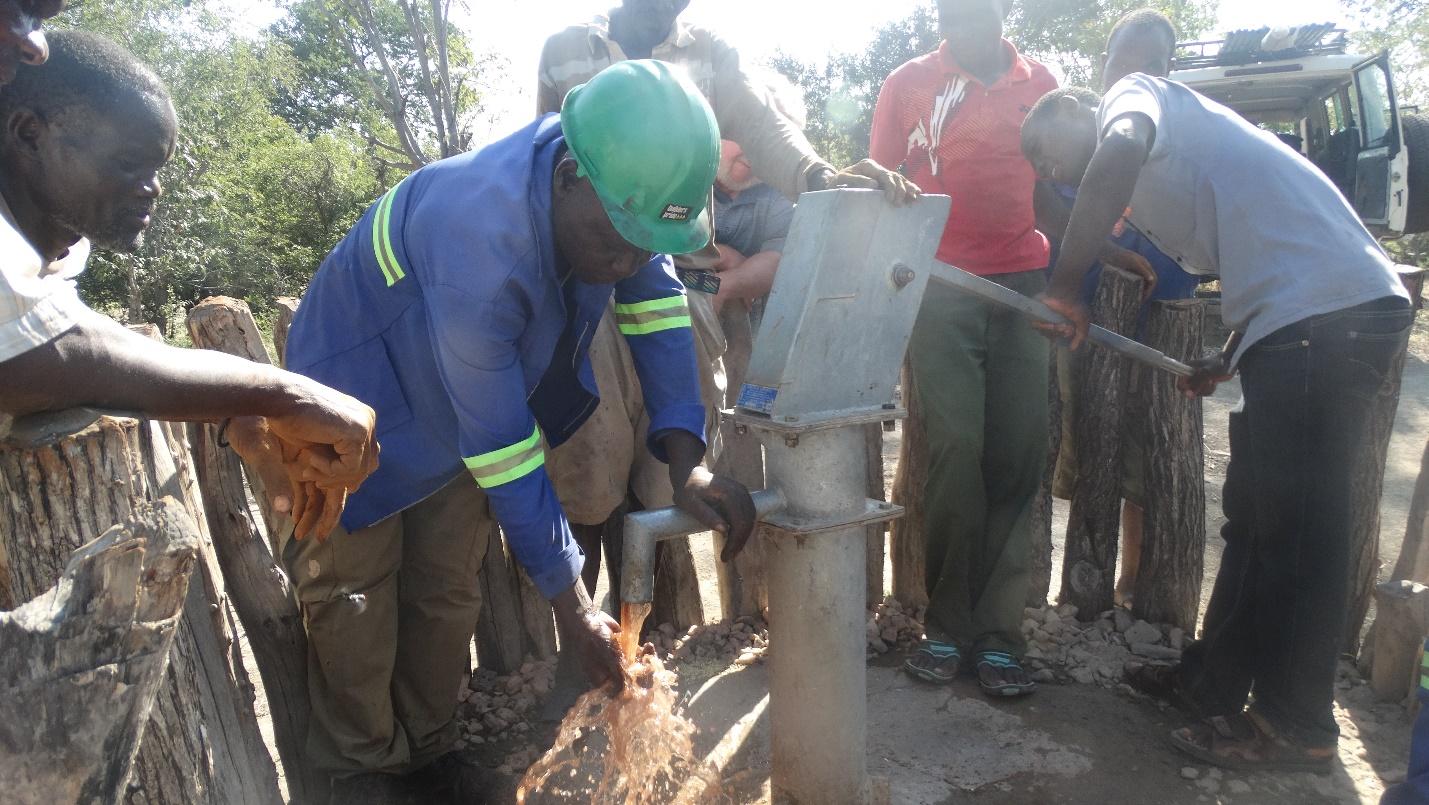 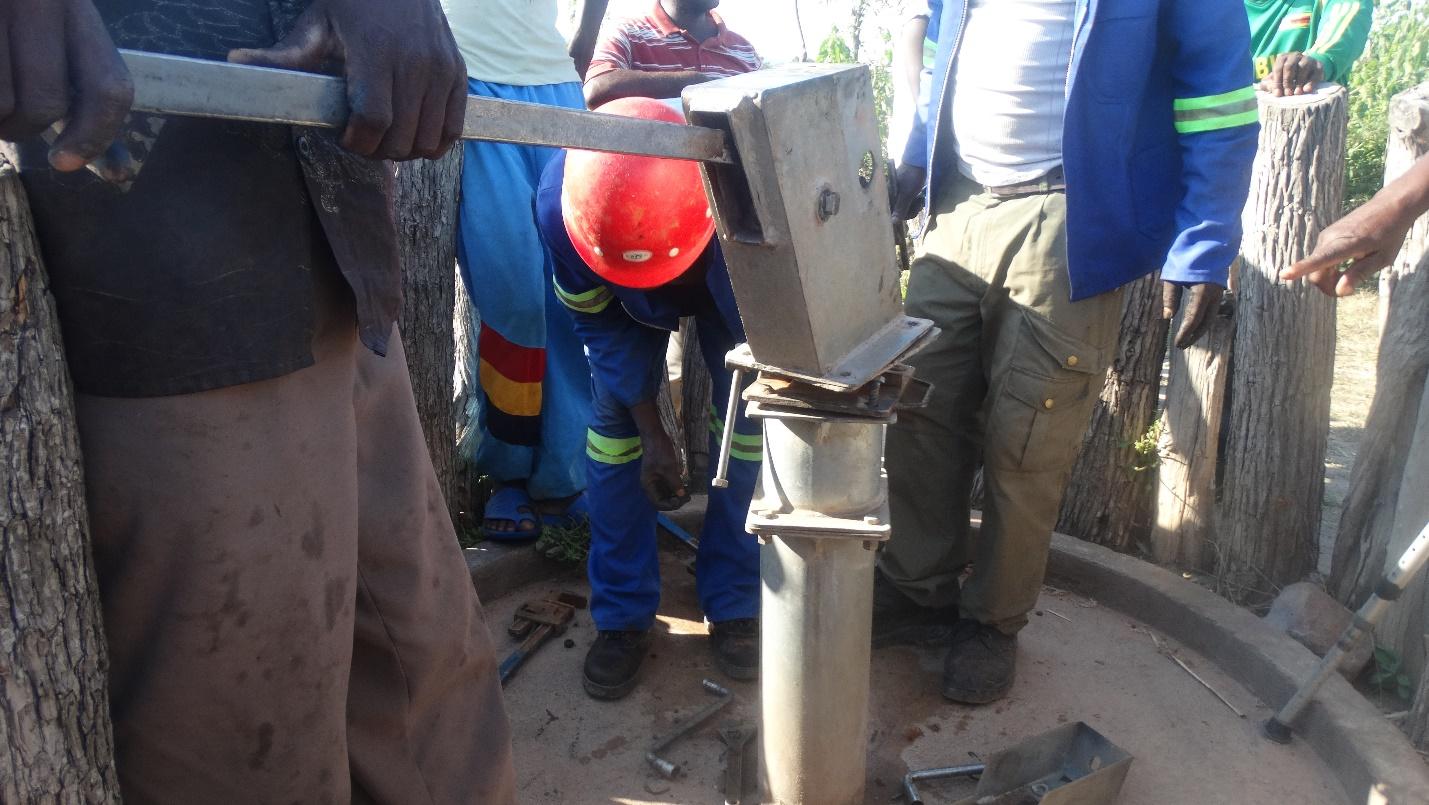 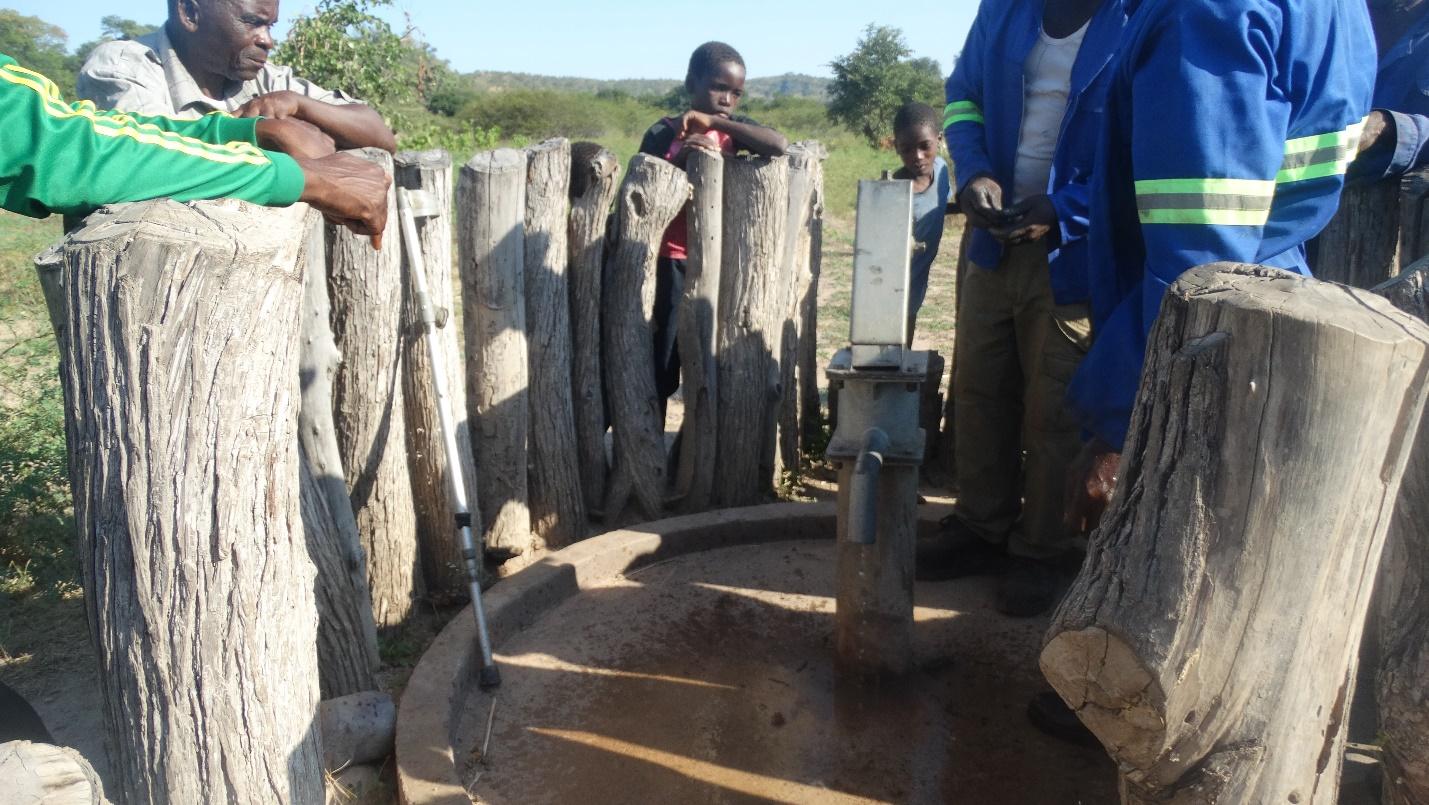 The following pictures were taken on a cellphone. So their quality is not too good. 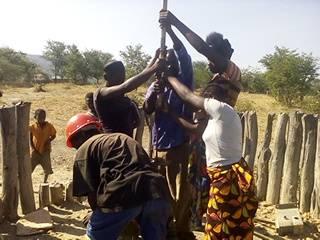 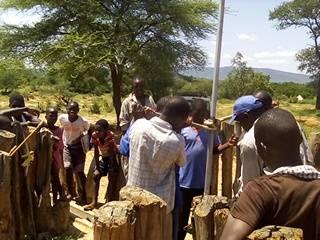 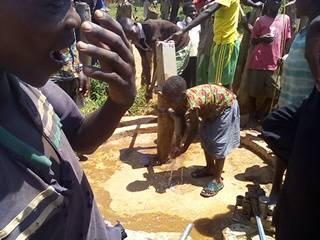 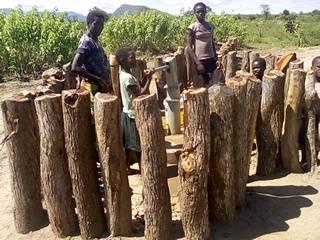 The council still has a lengthy list of wells needing repairs. Repairing wells has been one of our most effective tools to keep the church in front of the community. It has also proven to be quite significant in ensuring the health of the villages.